Taskbox is the place for keeping track of your unscheduled, unassigned, and draft tasks. It shows you the tasks that are missing from, but still relevant to, the view you're looking at.

A few ways to take the most out of Taskbox: 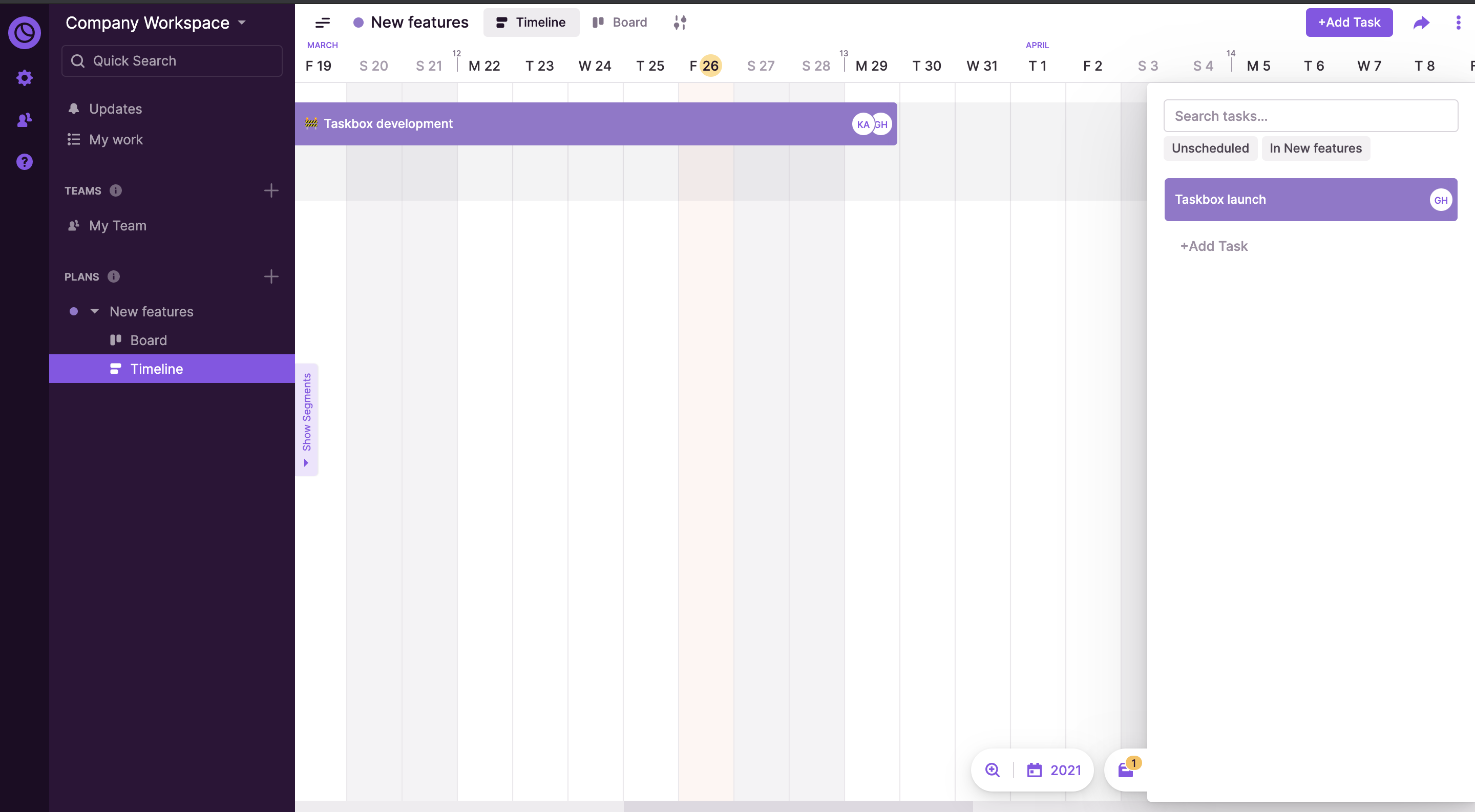 You can open/close Taskbox from the icon at the bottom-right corner of the screen. The icon also shows an indicator of the number of tasks in Taskbox right now.

You can drag-and-drop tasks in and out of Taskbox as well as create new tasks straight into it.

The Taskbox always shows tasks depending on the view you're in. The filter labels inside Taskbox also explain what tasks you're looking at.